ARHR is participating in a Countdown to 2030 regional workshop on the use of data and evidence for action and accountability in Nairobi, Kenya.

The workshop, which commences from 10th– 11th September, 2019, will bring together representatives from 10 countries in sub-Saharan Africa. Each of the 10 country teams will be led by a member of their parliament and a senior representative of the Ministry of Health, a researcher from a public health/ academic institution who has been participating in the analysis work and a civil society representative.

With the ultimate aim of leaving no one behind, the Countdown to 2030 and the African Population and Health Research Centre (APHRC) in collaboration with WHO and UNICEF since 2017 have been working with analyst from Ministry of Health and academic institutions from 40 countries to generate evidence on inequalities in the reproductive, maternal, neonatal, child and adolescent health (RMNCAH) and nutrition continuum of care from household survey data and facility data.

Six regional analysis workshops have been held to generate evidence within country and regional inequalities by wealth, among the urban poor and rural populations and by administrative areas, such as provinces and regions.

The workshop on the use of data and evidence for action and accountability will share and discuss the findings of the regional and country RMNCAH inequality analysis of the Countdown/ APHRC/ WHO/ UNICEF initiative in sub-Saharan Africa; assess and discuss the current place of equity for RMCNAH in country strategies and plans and monitoring and reviews; and discuss and agree on how evidence on RMNCH inequalities can be better incorporated in strategic plans, situation analysis and monitoring efforts, including accountability.

ARHR is being represented by the Executive Director who has an extensive knowledge and experience in the issues of RMNCAH. 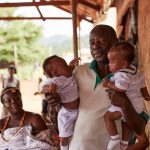 Demonstrating a Sense of Entitlement for Improved Health Care