The healthcare system in Ghana was founded on the basis of a ‘free health care’ model. This model was difficult to sustain as the economy began to stagnate. This led to the introduction of token user fees in 1972. However, a full-fledged user fee scheme was established, by legislation, in 1985. This was known as “Cash and Carry”. The “cash and carry” model made it compulsory for individuals seeking care at facilities to pay before receiving care. The aim of this model was to discourage unnecessary use of facilities and locally recover some operating costs. The user fees raised from the “cash and carry” system helped improve operating revenues for some facilities, but it was poorly regulated and worsened access to care for the poor. This led to a steady decline in the utilisation of healthcare facilities and the system became highly unpopular leading to the ultimate establishment of the NHIS.

Financing of the NHIS

The NHIS is financed from a variety of sources including; a value-added tax on goods and services which makes up the largest source (approximately 70%), a portion of social security taxes from formal sector workers (about 23%), Internally Generated Funds (IGF) from individual premiums, registration fees and credentialing fees from providers and other miscellaneous sources from donors or investment returns. Although these sources of funding have led to an increase in domestic public spending for health, Ghana continues to face financial sustainability challenges including increasing costs of medical claims due to rising population coverage and increased utilization of services, delays in the release of funds and inadequate expenditure controls.

Threat to re-establish the “cash and carry” model

On March 8, 2022, private health service providers on the NHIS threatened to return to the “cash and carry” system. This threat was made in response to the government’s persistent delays in reimbursing claims for services rendered. Information/data available indicates that payments to health facilities have not been made since July 2021. Providers often report being unable to pay for necessary medical supplies, limiting their ability to run their facilities and serve clients. Threats like this have been made in the past. In 2018, the Upper East Chapter of Private Health Facilities Association of Ghana (PHAG) threatened to return to the cash and carry model if the NHIA did not suspend the price-list for medicines. According to them, the downward revision of prices of drugs together with late reimbursements made it challenging for facilities to operate. Again in 2019, PHAG demanded outstanding payments by the government from as far back as 2018.

Challenges with the financing of the NHIS

Delays in the release of funds to health care providers can be attributed to a variety of reasons including, but not limited to; different National Health Insurance Levy (NHIL) collection, reconciliation and transfer mechanisms for domestic and import taxes, time lag between the collection of the Social Security and National Insurance Trust (SSNIT) contributions and the release of funds to NHIA as a result of the Government of Ghana’s (GoG) delays in paying contributions of public sector workers to SSNIT.

A six-year trend and analysis of the health sectors component of the budget and economic policy of Ghana found that GoG’s expenditure on Goods and Services over the last six years (2017 – 2022) declined significantly and then increased slightly in 2022. On the other hand, the Annual Budget Funding Amount (ABFA) made no allocations to goods and services. In addition, ABFA allocations to the health sector has seen a steady decline from 2017 to 2022. The analysis also indicated that health care facilities are able to raise IGF through the commercialisation of services.

Allocations to goods and services through IGF increased considerably from 2017 to 2022. This increase and reliance on IGF could potentially increase out-of-pocket payments by clients and create barriers to the accessibility of affordable care for many Ghanaians. Furthermore, budgetary allocations by development partners are typically used for the management of specific diseases and not towards the overall development of the health sector. GoG’s largest budgetary allocation over the last six years has been towards wages and salaries and was approximately 11 times the allocations to goods and services and capital expenditure. Unfortunately, it appears that the ABFA is being heavily relied on to fund capital expenditure although it is not clear if this will continue.

The implementation of the NHIS has undeniably improved access to health care services especially for the most vulnerable in our society thereby promoting the goal of UHC. The NHIS is subject to many pressures – both financial and political. Unfortunately, the over-politicization of the NHIS has made it difficult for the government to increase/raise taxes to fund the scheme. Delays in reimbursement threaten the ability of the scheme to perform adequately. The GoG should prioritise and provide equitable funding for goods and services, capital expenditure and wages and salaries to mitigate the issue of late payment to providers. Government can, as well, explore increasing the NHIL, upward review of premiums, employers and employees making direct contributions outside of their SSNIT contributions, and a possible introduction of a health/ sin tax. Effective collaboration of all stakeholders – GoG, healthcare facilities and client, is also needed to develop long-term strategies to reduce costs and long delays. Consistent investment in health is the way to go to ensure improved health outcomes and achieve UHC. 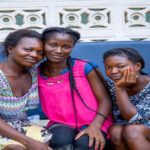