Mr Roland Glover, the Volta Regional Malaria Focal Person has said malaria incidence in the region had been on the decline for the past years.

Mr Glover speaking to the Ghana News Agency, said the decline was attributable to various interventions being put in place to rein in the disease.

“We’re putting in a lot of interventions like new long-lasting insecticide net distribution to the general public and targeted groups such as pregnant women and children below five years and intermitted preventive treatment of malaria in pregnancy.”

The Regional Malaria Focal Person said, “all our interventions are free except for our case management and even that is free for National Health Insurance Scheme Card holders.”

He indicated that his outfit would not relent on efforts to control malaria saying, though malaria incidence in the region was declining with areas such as Agotime-Ziope, Akatsi North, Kpando and North Dayi Districts recording low cases of the disease, the situation was different in other districts.

Mr Glover identified misuse of treated nets and misconceptions (that unripe mangoes, palm oil and working in the sun cause malaria) as some challenges hindering the fight against the disease.

He said malaria is caused by mosquitoes that normally bite at night and underscored the need for people to sleep under treated insecticide nets to prevent mosquito bites.

Mr Glover insisted that people should visit health centres to undergo testing to be sure they were suffering from malaria before treating themselves for the disease noting, not all fevers could be caused by malaria.

He advised covering of clean water containers, drying out all stagnant waters around households as well as clearing bushes and all materials that could become breeding sites for the malaria-transmitting mosquitoes (female anopheles mosquitoes). 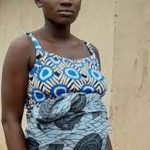