Success Stories
A stream of happiness is running through the Krachi East Municipality of the Oti Region.
It is not the absence of ‘galamseyers’ but the reduction of teenage pregnancies in the regional capital, noted for child marriages.
The ecstasy is felt in the voices of some educationists, health workers and traditional rulers who are quietly celebrating reduction in teenage pregnancy cases in the area during the closure of schools to contain COVID-19.
“The tummies are flat and we are happy,” is the song on the lips of many stakeholders, including; the Municipal Director of Health Services.
Background
The Municipality used to record high teenage pregnancy cases with many ending up in child marriages.Multiple Indicator Cluster Survey (MICS, 2011) says one (1) in four (4) women, 27 per cent, married before age 18, with the frequency in rural areas.
Reverend David Mensah, Chairman, Local Council of Churches, Dambai, in 2018, said issues of early marriage had reached the tipping point with some girls seeking refuge in churches.
In that year, 2018, the Municipality recorded 16.8 per cent of antenatal care attendance for teenagers.
In 2019, it recorded 14.3 per cent and 13.5 per cent in 2020-a steady decline in teenage pregnancy.
This is against the teenage pregnancy cases recorded across the country following the closure of schools to contain the spread of COVID-19.
World Vision report
The Krachi West Area Programme for World Vision Ghana reports that Krachi-West District recorded almost nine-fold rise in teen pregnancy during the pandemic and school closure period.
It said between March and May 2020, 51 children were reported pregnant, whereas six cases of teen pregnancies were recorded in all of 2018.
The positive situation in Krachi-East, however, resulted in the reduction of child marriages and addressed health complications associated with teenage pregnancies, with some losing their lives like Fati.
Scenario
Child birth complications killed Fati at age 26 in the Municipality in 2018. It was her sixth child after she dropped out of school at age 15 to marry Musa, who was 50 years.
Fati, was cajoled to marry Musah because Memunatu, 35, Musa’s first wife, has had no child, after 19 years of marriage.
Despite Fati’s protests, her father, a good friend of Musa pushed her into it, to cement their old time friendship.
Three months after the marriage ceremony, witnessed by only a handful of people, Fati got pregnant and later gave birth to Musa’s first child.
Soon, the second and third children came, bringing joy to Musa and Memunatu, because Fati was not only a second wife, but also a house-help.
The two-acre yam farm, could not sustain the family, compelling Fati to engage in economic activities apart from farming to feed her children, her Husband and Memunatu.
She wakes up around 0400 hours, prepares porridge to sell at Dambai-Zongo, where they live and does other menial jobs for people, before visiting the farm late afternoon.
By 1800 hours, she must get home and prepare supper for the family, bath her children before getting ingredients ready for porridge at dawn.
A few years later, the fourth and fifth children were born, with more economic pressure on Fati, because Musa and Memunati are now old and could not do any meaningful work to cater for the family.
Fati turns to selling rice and beans, (waakye), which arguably, has bigger profit margin, so she could take care of the family.
She carries the food to market centres and public gatherings on days that she is unable to sell all at her joint.
Gradually, her natural beauty fades. She is often seen in the same dress and looks a bit unkempt, with three, four children trailing, the youngest strapped at her back.
At age 26, Fati, got pregnant for the sixth time but appears unhappy with it.
It is a difficult pregnancy from day one. She is unable to do most of her usual household chores and her economic activities. Some of her children tried to help, but unable to sustain the family.
She gets weaker by the day, weeks and months. She has been in and out of a local clinic and made herbal preparations her companion, which she carries along when going to sell.
In the seventh month, the pregnancy developed complications and she was rushed to the local clinic, from her food joint.
The clinic referred her to the Worawora Government Hospital, but Fati couldn’t go because she had no money.
At dawn, the situation got bad, and a taxi driver neighbour was begged to help transport Fati to Worawora Government Hospital.
It started quite well. It was as if we were welcoming the sixth child but mother and child died upon reaching Dambai cemetery, off the Dambai-Worawora road.
Mr Abdul Amin, Municipal Director of Health Services, said constant community engagements and interactions with parents and community leaders helped in reducing teenage pregnancies during the lockdown and avoiding the story of Fati while advancing Sustainable Development Goal three – ensuring healthy lives and promoting well-being for all at all ages.
The celebration is on, quietly. Let’s make it big by helping reduce drastically, teenage pregnancy and child marriage from the Municipality and Ghana.
Source: GNA
Share: 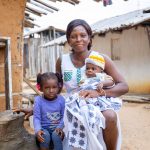 Primary Health Care (PHC) in Ghana; What We Mean 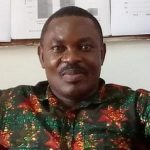