Our Planet, our Health – What is Ghana’s role? 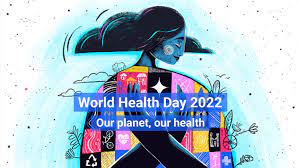 With the 2022 World Health Day theme – Our Planet our Health in focus, it begs the question of Ghana’s role in protecting the health of our planet and of its citizens.

This year’s WHD focuses on the urgent attention required to keep humans and the planet healthy and to ‘foster a movement to create a society focused on well-being’. WHO links health directly to well-being and conceptualizes health as a human right requiring both physical and social resources to achieve and maintain. This means that the responsibility for health is not an individual one but a collective effort.

WHO estimates that more than 13 million deaths around the world each year are due to avoidable environmental causes. The incidence of diseases like cancer, asthma, heart diseases, etc. continues to rise; this is strongly correlated to our increasingly polluted environment.

The COVID-19 pandemic has taught us that it is important that we create well-being societies that are sustainable not only for us but also, for future generations.

Water resources are an integral part of our ecosystem; they support human life, the flora, and fauna. In addition, it is an essential natural resource for a wide range of economic activities including hydropower generation, transportation, mining, and the production of food like fish. Our water resources are seriously threatened by anthropogenic actions or inactions which have dire negative consequences for our planet and health.

Ghana is well endowed with many freshwater resources like the Volta River basin, the Densu river basin, Ankobra, Pra, Tano, and White Volta basins, and many groundwater resources. Freshwater is typically used for domestic consumption, irrigation, and livestock. With population growth, an increase in urbanization, and poor attitudes of Ghanaians towards the environment, these freshwater resources continue to get polluted at a rapid rate.

Besides the abundant freshwater resources, Ghana has marine and coastal resources that stretch over 550km. The coastline is home to about 25% of the nation’s population. Inefficient management of waste and few recycling facilities has led to the indiscriminate disposal of plastic waste in our drainage channels which finally ends up in the sea. Ghana’s coastline and marine resources bring many economic, social, and environmental benefits and hence should be well cared for. The level of pollution not only changes the ecosystem of marine life but also affects human life. Fish stock production is greatly reduced and this affects the country’s food supply.

According to the Water Resources Commission (WRC) of Ghana, approximately 60% of the country’s water bodies are polluted due to widespread illegal mining activities. Other causes of this high level of pollution include industrial waste, indiscriminate household disposal of solid and liquid waste, and inappropriate farming practices like incorrect chemical fertilizer application. These activities, and many others, have left a large percentage of our water bodies heavily polluted and led to the rapid decline in the quality of marine life.

Artisanal mining of gold is an ancient tradition, however, with the increase in the price of gold in 2007, came a ‘gold fever’ among many of the poorest in our society. The estimated number of Ghanaians who earn an income from illegal mining is approximately 200,000 and this indirectly benefits millions of people. This ‘gold fever’ crossed the globe in 2019 and with that came the arrival of over 50,000 citizens of China who were in the country illegally mining. This has not only created major socioeconomic issues but significant environmental destruction.

The introduction of small moving equipment in mining, both legal and illegal, has increased surface water pollution all around the country. Many miners in Ghana work without a mining license and this has led to many environmental problems, particularly the destruction of our natural water bodies and many negative health impacts. Several recently conducted studies suggest that levels of mercury were higher in sediments, water, and fish indicating the transportation of mercury from mining sites to non-mining sites.

Miners typically use mercury to extract gold from the minerals it is mixed with. The mercury adheres to the gold and this enables its separation from the rocks or sand. This mixture is then heated to evaporate the mercury and to obtain the gold. This is the method commonly employed by illegal miners as it is cheaper. A report estimated that approximately 5 tonnes of mercury are released from small scale-mining each year.

The occurrence of heavy metals and other elements like manganese, iron, and lead in some water bodies like the Pra river basin raises concern. It is extremely harmful to the health of miners and highly polluting to the soil and water. Galamsey has had a significant negative impact not only on water bodies but also on the ecosystem of our forests and has led to the drying up of many streams and rivers.

Impact of the above on health and well-being

Mining is one of the most hazardous occupations in the world, both in terms of injury and loss of life, but also due to long-term effects like cancers and respiratory conditions. The use of mercury has also been linked to the rise in cases of kidney diseases and affects the renal system, nervous system, and gastrointestinal tract.

The presence of excess amounts of heavy metals in the water bodies put communities at risk of carcinogenic and non-carcinogenic effects through the consumption of food produced with polluted water. In Ghana, about 4,000 children die every year from diarrhea and this is linked to polluted water bodies and lack of sanitation. A study conducted in five selected communities around AngloGold Ashanti’s mining site found that the residents suffer from a variety of skin diseases, fever, diarrhea, colds, and respiratory infections. The prevalence of skin diseases may be due to the contamination of water bodies with chemicals, like arsenic, which the communities use for food and domestic purposes. Buruli ulcer, found in communities close to mining sites, also suggests that galamsey is a risk factor for the disease.

What should be done?

For Ghana to achieve the Sustainable Development Goals (SDGs) 6 – Clean water and sanitation and 3 – good health and well-being as outlined by the United Nations’ Agenda 2030, addressing these issues related to water quality is crucial:

Government’s efforts to end poverty in communities ravaged by illegal mining activities are hampered by corruption, loopholes, and the lack of investments in technology for environmentally friendly mining. It is, however, a planetary responsibility to ensure that both older and younger generations do not age without having attained access to clean water, good health, and well-being. 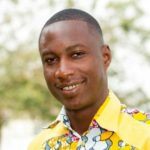 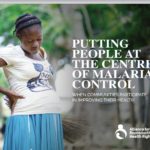