A practice that has over the years done more harm, to the very people they thought they were ‘protecting’, than good. A practice that has killed most of its victims in silence and left the few survivors battling with all kinds of sexual and reproductive health challenges.

Female Genital Mutilation (FGM) is cutting away parts or all of the female external genitalia; solely for traditional or ritual purposes. This practice has no health benefits to girls or women but rather brings about numerous health challenges. Wounds from the cut are prone to infections such as reproductive tract infections and chronic pelvic pain. The cut leaves women with additional pain during child birth since the vaginal opening becomes too small for normal delivery; in the worst case scenario, the vaginal opening is cut much more to ensure a safe delivery of the baby. Prolonged delivery, which is a likely outcome for women who have undergone FGM, could lead to a damage of the mother’s bladder and organs around it; resulting in further health complications. What is much worrying is the damage that might be caused to the brain or head of the baby after the prolonged delivery.

The UN indicates that in 2020 alone, 4.1 million girls around the world are at risk of undergoing this harmful ancient practice. In 30 countries where FGM is prevalent, they are experiencing high population growth with at least 30% girls undergoing female population under the age of 15.

As the world continues to advocate for the end of this harmful practice through continuous education about its harmful effects, young girls in countries where FGM is prevalent have an increased chance of growing up without the risk of undergoing this harmful practice compared to their mothers and grandmothers.

Continuous education and involvement of young girls in the campaign to end this harmful practice will go a long way to curb the practice. The power of the youth needs to be unleashed to accelerate actions toward zero FGM. 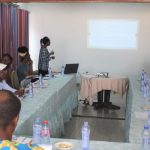 CSOs and Media workshop to advocate for GESI actions towards UHC 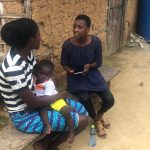 Closing the Inequalities Gap in health to achieve Social Justice