Violence against Women and Girls (VAWG) is widespread, systematic and culturally entrenched.  VAWG consists of any act of gender-based violence that results in or is likely to result in physical, sexual or psychological harm or suffering to women including threats of such acts, coercion or arbitrary deprivations of liberty, whether occurring in public or in private life. Violence against women takes many forms. In addition to physical and sexual violence, VAWG includes psychological and emotional harm and abuse, sexual harassment, female genital mutilation, abuse resulting from allegations of witchcraft, trafficking of women and girls and other harmful practices.

According to the WHO, about 35% of women worldwide have experienced physical and/or sexual intimate partner violence or non-partner sexual violence. More than 7% of women globally reported ever having experienced non-partner sexual violence. Some country studies show that up to 70 percent of women experience physical or sexual violence from men in their lifetime, the majority by a husband or other intimate partner. It is estimated that one in five girls has been abused in childhood with estimates from some countries as high as one in three. Gender based power relations within society put many girls at much high risk than boys for some forms of violence and sexual violence in particular. A study of men’s use of violence in selected sites in seven countries revealed that 26-80 percent of men reported having perpetrated physical and/or sexual intimate partner violence, and 10-40 percent of men reported committing non-partner rape, citing sexual entitlement as the most common motivation.

Consequences of Violence against Women and Girls

VAWG has detrimental and long lasting consequences to the well-being, health and safety of women and girls, along with economic consequences, effects on educational outcomes, and impact on the productivity and development of societies and countries. The public health implications of violence against women and girls are enormous. It affects all aspects of their lives – their sovereignty, productivity and capacity to take responsibility for themselves and their children, and subsequently also their overall health status and quality of life. Violence against women has also been identified as an important cause of morbidity from physical, sexual and reproductive health outcomes, and it is also associated with known risk factors for poor health, such as alcohol and drug use, smoking and unsafe sex. Studies from Ghana indicate that violence against women and girls has harmful effects on pregnancy outcomes and the health of unborn babies.

The centrality of gender inequality and discrimination as both root cause and a consequence of VAWG require that services ensure gender sensitive and responsive policies and practices are in place. Services must ensure that VAWG will not be condoned, tolerated or perpetuated.

Health service must also respond appropriately to women and girls who face multiple forms of discrimination-not only because she is a woman but also because of her case, ethnicity, religion, disability, marital status, occupation or other characteristics. 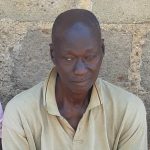 The future is accessible; Agya Bentil shows how! 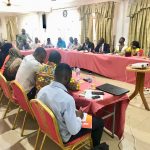