Individual’s demand for sexual and reproductive health (SRH) services differ at different stages of life; however, there is a cumulative effect throughout a person’s life and experiences at each stage have significant consequences for one’s future well-being.

Not addressing these reproductive health issues early in life could have dire implications on one’s health and developmental stages later in life. Good SRH is a condition of total physical, mental, and social well-being, and maintaining good SRH requires that people, particularly women and adolescent girls, who are often disadvantaged, have access to accurate information and safe, effective, affordable, and accepted SRH services.

Described as one of the most neglected SRH diseases in sub-Saharan Africa, Female Genital Schistosomiasis (FGS) affects an estimated 56 million women and girls and is often misdiagnosed and largely untreated.

Female Genital Schistosomiasis (FGS) is a disease manifestation of schistosomiasis caused by the Schistosoma haematobium, a waterborne parasite that affects both the urinary and genital tract of infected persons.

According to the World Health Organization (WHO), schistosomiasis affects around 652 million people worldwide, with an estimated 200,000 fatalities per year. Approximately 40 million women of reproductive age are afflicted, and schistosomiasis is considered the third most deadly tropical illness, following malaria and intestinal helminthiasis, according to the WHO.

Like many tropical illnesses, schistosomiasis has been found to be endemic in locations where poor living conditions  are common. Because these are water-borne organisms, those who rely on agriculture and fishing for a living are at the greatest risk of being contaminated, particularly women and children.

Unfortunately, research has found that awareness of Female Genital Schistosomiasis (FGS) in Ghana is lacking, which affect prevention, early detection and control in adolescent girls and women.

FGS is said to occur when the parasite eggs cause damage to the reproductive organs, which can result in gynecological symptoms in women and adolescent girls such as vaginal discharge, blood in urine, and abdominal and pelvic pain.

Although bloody urine is a common early indicator of infection, many health professionals are purported to be unfamiliar with FGS since it is not covered in regular medical education. As a result, FGS is under-reported, misdiagnosed, and under-treated. For women and adolescent girls, this has major ramifications, especially on their SRH.

Dangers of FGS to women and girls

Women with FGS may face infertility, abortion or ectopic pregnancy, genital ulcers, and human papillomavirus infections if not treated. FGS creates open sores and inflammation, and exposure to blood allows for easy access for any virus to enter the body. According to a 2019 UNAIDS report, women and girls with FGS are at a greater risk of  HIV infections and poor SRH.

Owing to the stigma surrounding infertility and because symptoms are sometimes mistaken with those of sexually transmitted diseases (STIs), it has been found that women experience not just physical symptoms but also mental health challenges.

Preventing new cases and minimizing the complications associated with FGS would require that healthcare providers receive sufficient training to effectively and efficiently diagnose symptoms on time to offer the needed quality health care.

Women and teenage girls can effectively control their symptoms of schistosomiasis with early diagnosis and consistent treatment, which can lead to improvements in their quality of life.

Increased illness knowledge is equally crucial so that communities are aware of the dangers and consequences of FGS, as well as the stigma that surrounds it.

Additionally, service providers need to treat women and girls with respect. This will encourage effective communication between care providers and clients, allowing them to properly express themselves to receive the appropriate diagnoses and treatment.

Investing in a strong primary health care (PHC) will ensure that clinical healthcare professionals working in rural communities, particularly in rural areas where schistosomiasis is endemic are well-resourced to make diagnoses and provide the needed care or make referrals where necessary.

Although there are few medications that can effectively cure all kinds of schistosomiasis; prevention is perhaps the most effective strategy to reduce it. 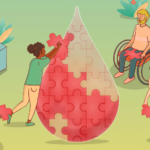 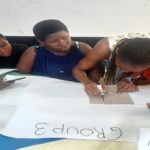